Summers on the shore, black-tie affairs, decked out ballrooms with the likes of Jay Gatsby, Daisy Buchanan, and Nick Carraway--the glorious yellow hotel known as the Ocean House that gazed over Watch Hill, Rhode Island, for almost 150 years harkened back to an earlier time. 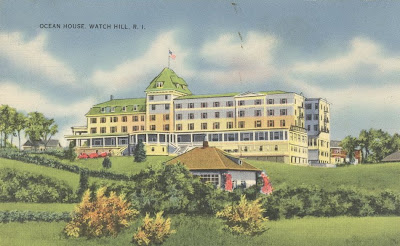 From theoceanhouse.org:
Built in 1868, the Ocean House remained the only standing hotel from the glory days of the Victorian era. Mid-way between Boston and New York, the big yellow hotel became, at the turn of the Twentieth Century, an innovative landmark physically and socially. For instance, Watch Hill's Ocean House was the first resort hotel in the country to offer telephone service, which made it a target for businessmen from major cities since they could access their offices while away on vacation. Perhaps even more importantly, the Ocean House was the first hotel to offer indoor plumbing! 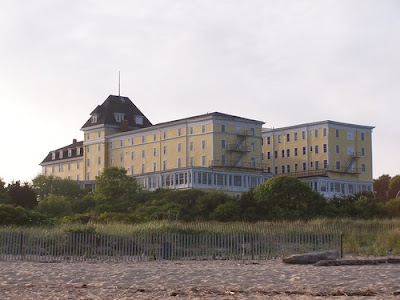 In 2003 this grand dame, after many years of back and forth financing, ownership, and struggles shut it's doors for good. 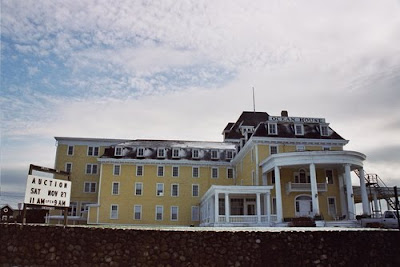 Six years after the original Ocean House, built in 1868, was torn down the new version will open this summer seeking to recreate that elegant era with a few modern touches--year round dinning and accommodations, eco-friendly practices, farm to table dining, a spa, and an ocean view lap pool. 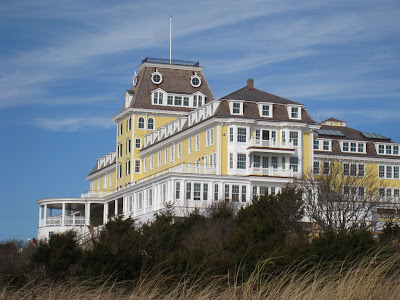 Originally one of five hotels in town, the Ocean House was one of the last Victorian era hotels in mainland Rhode Island. In 2003 the hotel closed, and in 2004 when it became clear the Ocean House's historic structure couldn't be saved, it was torn down. The local community rallied together to save the site from development forming Bluff Avenue LLC with the goal of persevering both the site as a hotel and the Ocean House's 136 year history.

The 2010 Ocean House hotel was built in the likeness of the old incorporating many of the original hotel features including the main fireplace, front desk, some wick furniture, and of course the yellow paint.

The Ocean House reopens this May 17th as a member of the Preferred Boutiques.

oh, I want to go. This looks blissfully beautiful and ever so patrician.

How fabulous beyond!! Would love to stay there!

Giveaway by Beth Cosner Design is up on my site....come visit!