We took a drive out to Concord, MA last Sunday. Crystal blue sky, temperatures around 70 degrees. And despite the continual whining, groaning, and subtle complaining coming from the backseat that this was such a BORING IDEA, we had fun. 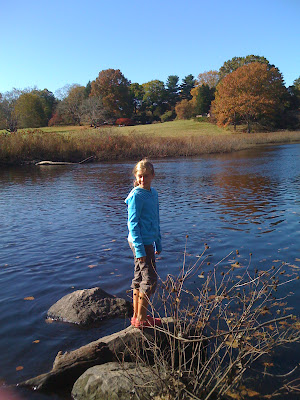 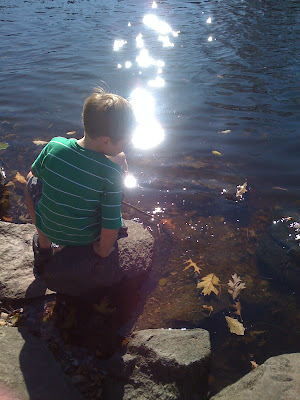 And Concord, with all of it's colonial history also has some pretty heavy American Renaissance history - what, with the likes of Ralph Emerson, Henry Thoreau, Louisa May Alcott, and Nathaniel Hawthorne all living in Concord together at some point? Steeped in transcendental coolness.

So, we have two favorite haunts in Concord. The first is the Old Manse. One of Emerson's many properties that housed the newly married Nathaniel and Sophia Hawthorne. It sits right next to the Concord river and maybe 50 yards from the North Bridge (aka the rude bridge that arched the flood), where the famous 'shot heard 'round the world' happened nearly 235 years ago. 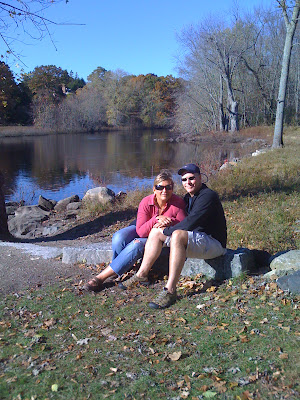 There still sits the garden that Thoreau built as a wedding present for Nathaniel and Sophia, just in front of the Old Manse. But the really cool thing about this ancient house are all these little secrets that the Hawthornes left behind. Namely, some poetry in a couple of window panes written by Sophia and Nathaniel and her diamond ring:

The smallest twig
leans clear against the sky.

Composed by my wife,
and written with her dia-
mond.

So, what may have been a really boring way to spend a sunny Sunday was in fact....a lesson in writing in glass with a diamond ring.
Email ThisBlogThis!Share to TwitterShare to FacebookShare to Pinterest
Posted by Karen @ BonjourBruxelles at 1:07 PM
Labels: Boston area, family, New England, travel

that gave me chills. seriously.

For about 2 years, instead of a security blanket, Charlotte carried around a little, hard backed copy of, 'walden'. sometimes she'd open a page and scribble in it, sometimes she'd rip a page out. but mostly she'd just carry it around. a true boston born kid.

You know, that sorta makes sense. Charlotte is a little transcendental..in her own sing-songy way.

I hope I still have that little-loved up book.