Once around the Block 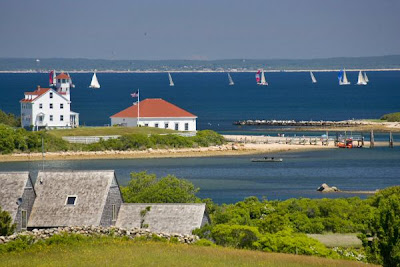 18 years ago my husband, Scott introduced me to Block Island. A little island maybe 11 miles off the southern end of Rhode Island, is a remote, gorgeous, natural gem. Accessible only by ferry or plane, Block Island holds a very special place in our hearts. We were married there, had summer house rentals for a couple of years, and have always made sure that a summer didn't go by that didn't include either a day trip or an extended weekend to BI, RI. 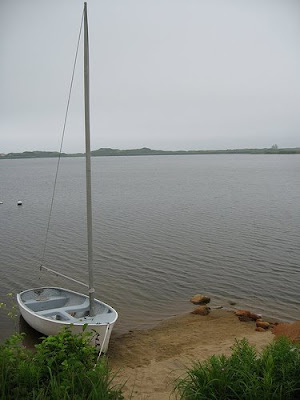 (photo from mediafury )
It's a quiet place. Maybe 200 year-around residents. And close to 10,000 at the peak of summer. But it's really a very old, vintage, island loaded with salt farms, old rock walls, and breathtakingly beautiful vistas. 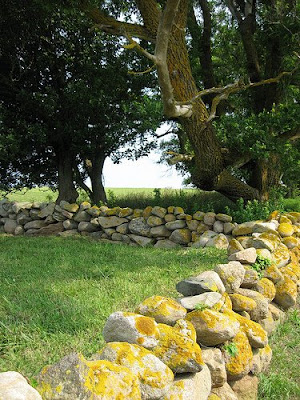 What Block Island doesn't have is an updated, sufficiently styled hotel/inn/B&B. I know, probably a total contradiction in terms to consider anything 'sufficiently styled' on a small island off the coast of New England. But mull this over:

For roughly $400 a night (in high season) you can stay in one of the island's premier accommodations, The 1661 Inn that lacks any sense of the 21st century. Perpetually stuck in 1983 (when I'm betting the last renovations were done), with Victorian this and Victorian that (I know, keeping with the style of many of the ocean resorts that went up along the New England coast in the late 19th century) the hotel has little more than a nice view to offer.

Can I tell you how much ugly wall paper, chintz, and philadendrons make me groan? Not to mention the filth that must be lurking about the wall-to-wall carpeting?

But with beachbungalow8's recent post on the Surf Lodge (click on the link for the very cooool background music), I can only pine for something as clever, clean, and updated to exist on the Block.

Montauk's received some press recently as a Hamptons alternative for the Jitney crowd. I think with the beckoning of Surf Lodge, it's hard for anyone within a 3 hour ferry/car/jitney ride to pass this up. 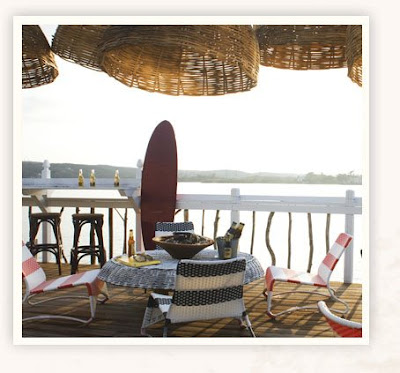 Montauk is just 14 miles west of Block Island. On a very clear day you can see Block Island from the end of Long Island. They share the same body of water, the same year-around fishing crowd and summer-only sailing enthusiasts. But as far as one chic, hip, reliable inn they are worlds apart.
Email ThisBlogThis!Share to TwitterShare to FacebookShare to Pinterest
Posted by Karen @ BonjourBruxelles at 9:41 AM
Labels: New England, travel

Shhhhh... those of us who have been going to Montauk are hoping the Jitney crowd is bus-sick by the time they reach Amagansett!

Shhhhh... those of us who have been going to Montauk are hoping the Jitney crowd is bus-sick by the time they reach Amagansett!

Oh hell....a thousand apologies as I know how precious summer secrets are. Maybe I should redirect everyone over to Riverhead, LI, as some new, hot spot these days?

From what I've heard many year-round locals in Montauk are not thrilled with the Hamptonizing of their town. There's talk of a developer building multi-million dollar homes out there!

As a lifelong LIer I'm ashamed to say that I've never traveled out to that farthest point on the Island. And if it gets all full of the trendy fashionistas from NYC I don't think I'll ever want to go there. The Hamptons crowd should just stay in the Hamptons!