And it's a Honda Odyssey. It's silver. It's as prosaic and pedestrian as possible. And the car takes us to a variety of Brookline soccer games-among other places.

(but my disclaimer is that when I'm in it alone I blast as much loud, kick-ass, rock'n roll as possible just to rid myself of the very square, middle-aged mom I've come to be. I might even dance while I'm driving.)

And both of my kids play soccer. And I go to their games and their practices. Really to chat and hang with my friends more than anything, to be perfectly honest. And since cheering or yelling isn't really cool here, this (insert air quotes here) soccer works for everyone.

And this year Scott is coaching Colby's soccer team (the Volcanoes if you must know) just as he coached Maia's team (the Asteroids) last year. Scott, former high school soccer star, takes a very low-key approach to coaching, which is very appropriate. I, however, when not analyzing childhood drama with another parent on the sidelines, want nothing more than to take a high-key approach to kids soccer. I'm all about yelling and cheering and acting like the real Midwestern sports fan that I've closeted for so long. But I don't. Instead, I hunt down another parent with whom I can chat.

Colby's a lefty. Left-handed and left-footed. And Scott was showing Colby, by grabbing his foot-his right foot-how to properly kick and dribble the ball. 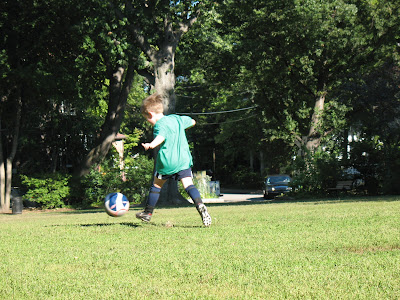 And so I yelled (shrill, loud) from across the field,


First I got a look of squinty-eyed-pursed-lipped-rage from Scott. Now I think I'm banned from soccer practices. 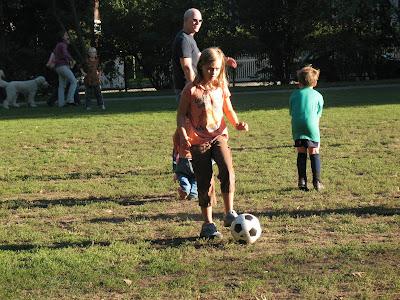 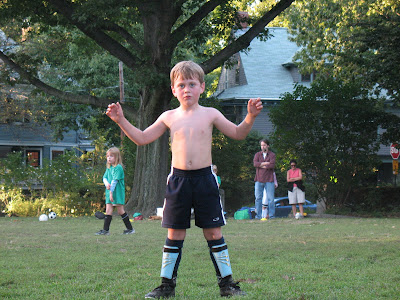