Motor Head, I am Not

My 9 year old son attended a birthday party yesterday that included a ride to and from the party's destination in this: 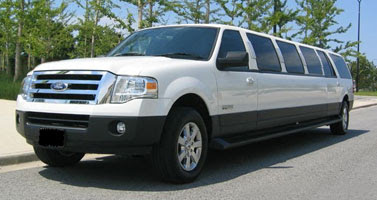 - which prompted one of those classic conversations one can have with 9 year old boys about the cars owned and driven over the years.  Aaaaand questions about ever having been in a 'lemo', which is how we all seem to pronounce 'limo'.

"Yeah, I've been in a lemo.  Maybe 3 or 4 times.  But let me tell you about my very first car, because that is waaay more interesting." 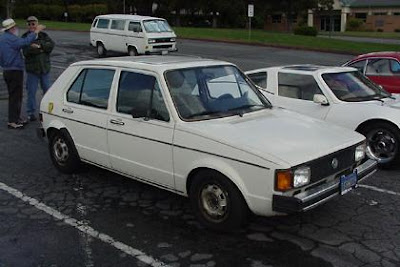 1984 VW Fox.  Standard.  And diesel.  Diesel.  Because I thought I'd save money with diesel.  And never mind having to search high and low for a friggin' truck stop that might have diesel.  Or that diesel can freeze in Ohio winters - where I lived right after college.  My first (and last) diesel car I'll ever own.

Another highlight of this car: random high-pitched, broken alarm that would go off whenever.  An alarm that meant nothing, other than I would have to a) turn the music up high enough so that I wouldn't hear the alarm and b) never give a ride to anyone, as this would surely by the ride of torture.

"Wait, I have more to tell you about the cars I've owned."

"And my second car was another VW, only this time it wasn't diesel.  It was blue.  And it was a Golf."
"No, not for playing golf.  I think it's a German word for something, like 'sleek and sporty', or 'hip and cool' or 'look at me and my little go-cart' ". 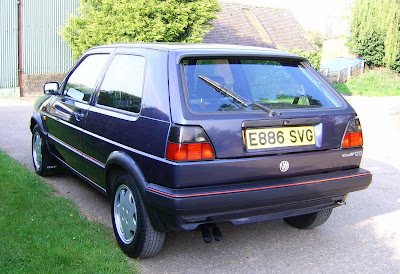 1988 Used, VW Golf. Regular, unleaded gas and was a great car.  And in 1989, I drove it from Columbus, Ohio to Seattle, WA.  And then Seattle, WA to Greenwich, CT within a month.  Alone.  Because I didn't go to Europe after college like all my friends did, I thought driving across the country two times within 4 weeks would be the same thing.


"No, still more to tell about the sweet rides I've had, so wait a sec, this is really interesting.......no, no Ferraris, no Lamborghinis.  Just hold on, and listen to my story." 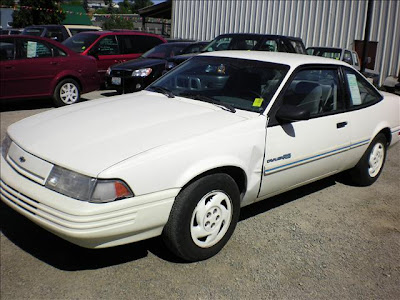 Next car was a 1992 Chevrolet Cavalier.  First car purchased as a couple with Scott.  This 'cavel-yay'  was appropriately dorky for our stint in AZ, where my then fiancé was headed to grad school.  It was white.  That's all I remember.  And I think it had air conditioning. 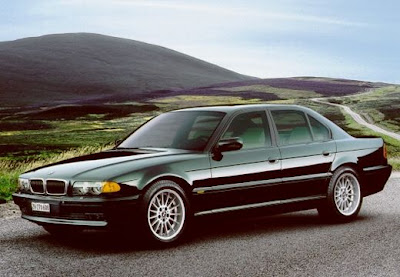 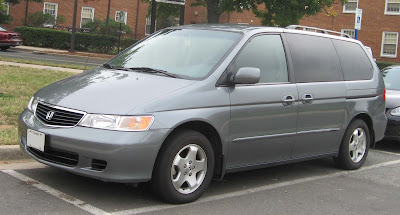 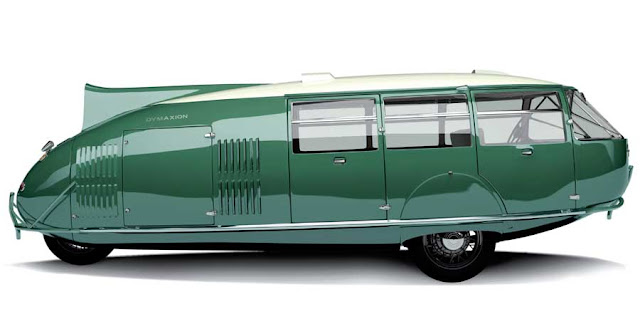 I had that white rabbit.

but was it diesel?

My first ride was a blue Chevy Nova; I don't remember the year but it was 13 years old by the time I got rid of it sometime at the end of the 80s. Then on to a Honda Civic, and Honda after Honda since then. I'm happy to stick with what I know :)

It seems like it might take one Chevy experience before even the most uninformed will go Honda. Or Toyota. Just not Chevy.

My first car was a mint condition 1981 Ford Mustang. Black with a bright orange racing stripe down each side. It had T tops and those weird slate things like levelor blinds on the Hatch back window. I was too young to appreciate that this was kind of a retro cool car, so I completely destroyed it by hitting everything in my path.

Jai-that. car. sounds. awesome. And I think you should add racing stripes to P's stroller -and weird levelor blind things on the back. Then, you'll no one in your wake as you clip down the sidewalk (and no one would dare criticize your outstanding mom skills).