There's a 6th grade kid that I know really, really well that when asked what she wanted to be for this Halloween said, "A punk".

"A punk, you know with crazy hair and skinny jeans"

"Okay, so that would be just punk, as in an adjective. Not as a noun." 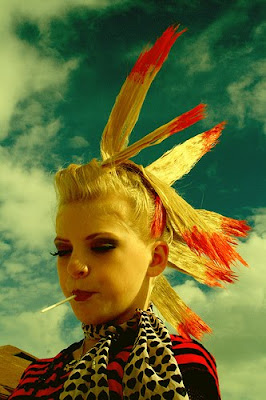 Could I come up with some suggestions on what this 6th grader would wear? I mention safety pins. Black. Ripped, holey tights or jeans. Doc Martens. 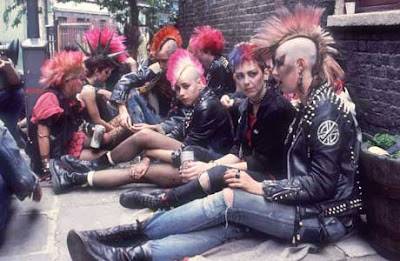 Okay, granted, maybe my foray into punk was this Midwestern-shiny-clean version of punk (not punk at all, really, more like Pop-punk. Ponk).

The Go-Gos
But she wouldn't know that. Right?


I could tell her how The Clash spoke to me as teenager (but really 5 years after anything they released made it to me in Kansas). 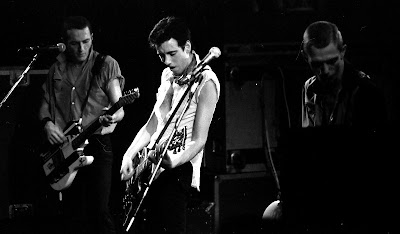 I could wax on and on about teenage angst, what music can do for you during all those confusing years, I could even tell her about Sid and Nancy. 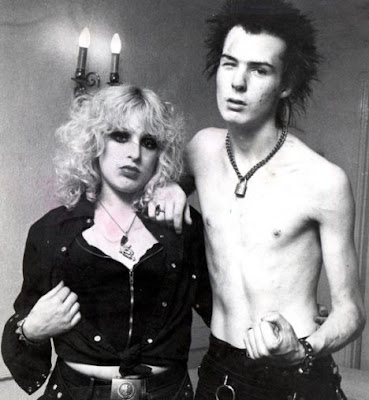 Maybe a history lesson on punk, the sub-culture, the music, ideologies, where it all began....?

But then that would somehow kill that whole private thing we have with our own personal rebellion (and my rebellion was all about music-still is-and how I would blast my Sony Walkman).

And she's just in 6th grade, after all.
Email ThisBlogThis!Share to TwitterShare to FacebookShare to Pinterest
Posted by Karen @ BonjourBruxelles at 7:57 AM
Labels: family, Hilarious Commentary, Music

I thought the Go Go's were a little too clean and perky for my liking. Now seeing the picture I realize they were ten times edgier than I ever dared to be.

Torn fishnets is a good way to go, too.

yeah. punk. i remember that.

working as a radio DJ in the 90s and running into all these kids who would lecture me about punk b/c i wasn't down with whatever wannabe locals these kids were following. but then i saw x and black flag play live in my dorm in 1980 and these kids don't even know who those bands were so i take the snotty high ground.

punk, as a movement, is over 30 years old. that would be like kids dressing up like rockabilly rockers during the 80s. oops, those were the stray cats, eh?

for kids at halloween, a punk is the modern day version of a hobo costume (which a certain sixth grader in this house was last year. a hobo i mean).

i meander. let the little punk be. they spent the day carving pumpkins this weekend listening to lady gaga and britney spears with no knowledge of who the spice girls are/were. music and costume lessons will come, eventually.

Oh thanks for weighing in, David. Maybe the hobo/punk/poser will be knocking on your door....asking for a treat...and skipping off to the next house completely oblivious of how meaningful punk is to all of us mid-40 year olds. :)

I have a similar relationship with a 6th grader who told me I knew nothing about 80s aerobic costumes. I was trying to explain to her that wearing a thong leotard at school all day may not be the best idea, and maybe we could think of some other 80s style.

what do I know.

a THONG in the 80s? not unless it was an arobics hooker

victoria's secret didn't go frederick's of hollywood until the mid-90s. up until then the most risque undies were string. advances in wardrobes tend to take place during democratic administrations, regressions during republican, offset by a few years to account for the shift in national culture. can't wait for my futuristic body suit with nanotechnology!