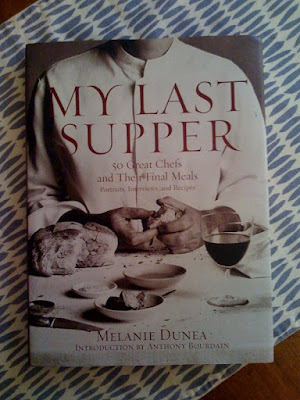 If you were going to die tomorrow, what would you want for your last meal on earth?

Last year my mom gave me this book, "Last Supper", by Melanie Dunea. This book is a collection of 50 great, world-renowned chefs and their description of what they would like to eat for their final meal. Final, as in last, before death. All chefs are beautifully photographed by Melanie Dunea. The interview for each, with recipes included, is the highlight as most chefs so very incredibly descriptive with their dying wish. And it's amazing to read about preparations, locations, and dining companions.

It's a pretty morbid idea, asking anyone really to discuss their death. But what I found so compelling about this book is not the idea of death or dying but how ironic it is to ask a professional chef, a person that has spent nearly a lifetime creating for others, giving to others, thriving on the fine art of feeding the masses, to discuss their last day on earth and what they would like to consume. 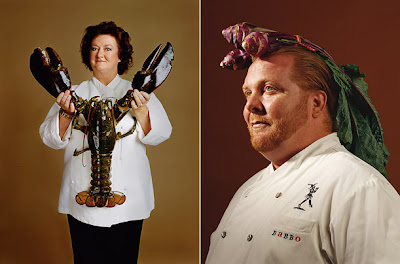 Mario Batali
The celebrity chef would prepare a meal of eight to 10 courses which would include marinated anchovies served with a little bruschetta; mozzarella en carozza (a Neapolitan-style grilled cheese sandwich); and fresh Amalfitana pasta with shrimp and zucchini. 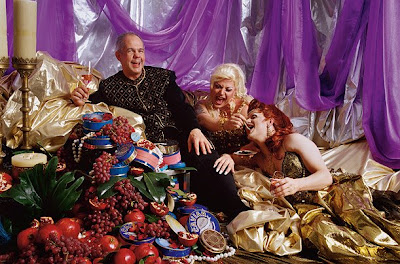 Gary Danko
This final feast, to be eaten by hand like at a Roman or Greek banquet, would comprise the finest foods from around the world, including caviar, spit-roasted suckling pigs, black truffles wrapped in salt pork and a roasted Bleu Bresse chicken. 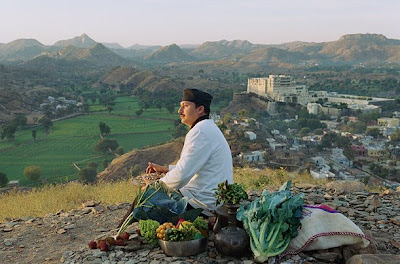 Vimal Dhar
The Indian chef would choose a basic Kashmiri meal, to be eaten with his hands. It would include churma (crunchy lotus stems), rogan josh (lamb), chowk wangun (tangy eggplant), and steamed rice. 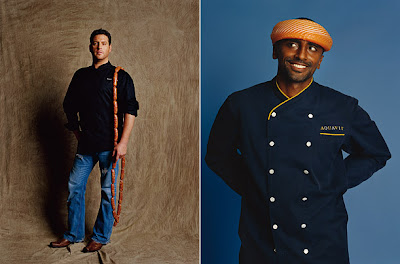 Marcus Samuelsson
The New York chef would opt for a simple meal of gravlax (salt-cured salmon) with crisp bread and dill mustard sauce, and nigiri-style sushi. 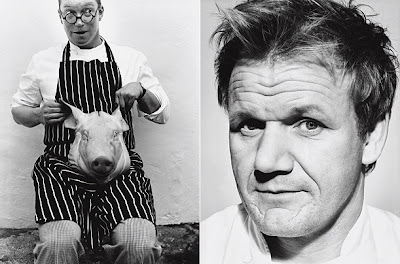 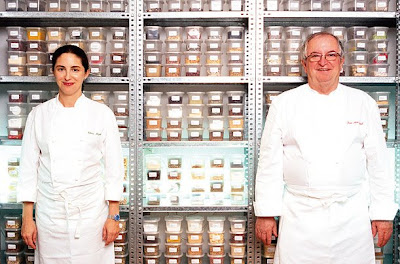 Elena and Juan Mari Arzak
For Elena, freshly caught whole merluza (hake) fish would be the main course, followed by grilled txipirones (summer squid) with poached onion marmalade. For Juan, the perfect final meal would be flower of egg and tartufo (an Italian ice cream dessert) in goose fat with chorizo and dates, as well as one of the forbidden birds, a becada (a type of woodcock) or ortolan (a small finch-like bird).


Not unlike that favorite question: "If you could go anywhere for a day, where would you go?", or what would you do with a 100 million dollars, the question, "What would you like to eat for your last supper?" can be such a wonderful trip down dreamy lane for me. Especially since the whole idea of this is to choose whatever food you want, regardless of health or vein-clogging elements.

~~~~~~~~
My last supper? Would include all family, all friends, just one mass of my nearest and dearest. The setting would be either the town beach on Block Island, Narragansett, or Charlestown, RI. The meal would include - in no particular order: Wellfleet oysters, foie gras with endless amounts of french baguettes, Shramsburg Champagne, filet mignon w/truffles, a solidly good Châteauneuf-du-Pape, seasonal greens dressed just so, tomatoes with salt, and cheeses for dessert. We would dine from early afternoon well into the night, bonfire included. And no one would ever feel full. 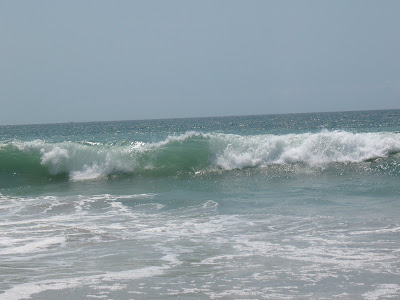 (chefs' photos and abbreviated descriptions from TIME, Inc.)
Email ThisBlogThis!Share to TwitterShare to FacebookShare to Pinterest
Posted by Karen @ BonjourBruxelles at 8:08 AM
Labels: family, food

We have this book too and I love it!

(What? No Bourdain picture?)

I keep meaning to buy this, and keep forgetting. My last meal? Requires much more thought than I can muster right now, although I am fairly certain I would be on a beach.