Bathroom humor or How to Channel Your Inner 7 year old on Your 45th Birthday.

Scott turned 45 yesterday. Big birthday extravaganza planned with a home cooked menu that included your basic meat and potatoes, some green stuff, and an earthy Bordeaux. Scott's brother Paul joined us for what we thought would be a semi-quiet evening of reflection, Obama's address, and chocolate dessert.

What the evening ended up being was more like sitting around the lounge in the Sigma Chi house in 1984. All due to the simple fact of one goofy book I gave Scott for his birthday.

See, turning 45-for me at least was kind of a milestone. But that kind of sucky milestone that you might experience at the dentist. Like, you know you have to go to get your wisdom teeth removed but you don't want to. Or the first cavity. Or the first row of braces. It has to happen, you take it as well as you can but it basically sucks.

So, with my thinking that Scott wasn't exactly psyched about turning 45 (say goodbye to anything remotely young or youthful), I marched right into Urban Outfitters for a little age-ist pick-me-up. I nearly marched right out, realizing what an ironically sad joke it would be if I didn't find the right hip thing for my old man.

But after trying to be ever so nonchalant about stuff, I did end up finding some decent shorts. Scott thought he would look like Angus Young. I begged to differ. 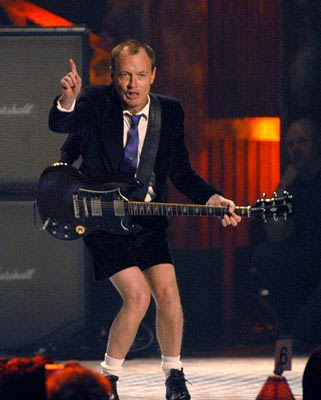 I also got him a nice British racing cap, for his balded noggin. Okay, so maybe I did have Angus on my mind, that sweet Australia-Scottish musical wonder, genius , freaky AC/DC band member. 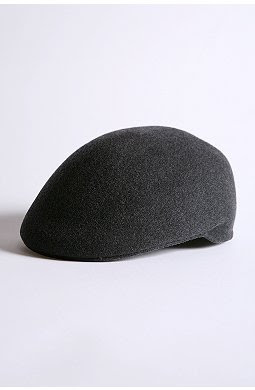 and a couple of decent linen shirts. Since he's about to spend a week in Singapore, right near the equator, I figure some summer wear was in order.

But the highlight of this birthday 'do were these goofy, asinine, juvenile afterthoughts I rammed into the bag at the register. You know, those last minute gimmicks that sit right on the counter? Those. 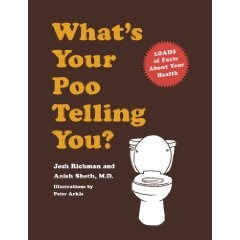 I'd give you a 'taste' of what this little gem has to offer (and the laughter that ensues when read aloud after a mighty fine meal and just a splash of wine) but I'd rather direct you to this website, Dr. Stool. The authors? From Brown University (ahahahahaha! ahahahaha!ahaha!.....*cough*).

Josh Richman
Met his co-author while they were undergraduates at Brown University and their shared fascination with the diversity of poo brought them together to write this book. Josh holds an MBA from Stanford University and lives in the San Francisco Bay Area with his wife.

Anish Sheth, M.D.
Dr. Sheth holds a medical degree from Brown University and is currently a gastroenterology fellow at Yale University School of Medicine. He lives in Connecticut with his wife and two-year old son. Despite his love for poo, Anish is known to frequently disappear when his son's diaper is in need of changing.
Email ThisBlogThis!Share to TwitterShare to FacebookShare to Pinterest
Posted by Karen @ BonjourBruxelles at 4:06 PM
Labels: Birthday, Hilarious Commentary, shopping