Mornings come a little hard, especially the morning after soccer practice. So, one way I like to deal with fatigue is simply ignoring any requests to get out of bed. It's fun to see how angry I can make family members. In fact, my expertise in playing possum has earned me the nickname, 'Possum'.

Speaking of nicknames, I've been called JoJo Salami, Flounder, Jerky Jones, Grumpy Pete and Burpee. I think I was called Fecal Face at one point but I'm not really sure. I couldn't get a straight answer with some follow-up questioning.

Aaaaaand speaking of something related to the bathroom, if I have to go, I like to race up and down our hallway. Just up and down, up and down.

I also find it rather liberating when I announce to all that I have to go 'poop, poop, poop!'.

I usually have loads and loads of questions in my head. Lately, I have questions about wars and guns and cannons. In fact, for a while now I've been obsessed with the Revolutionary War, the Battle of Bunker Hill, muskets, General George Washington, how the American flag was created and how battles were fought with the Minute Men. Sadly, after the eighth or ninth question no one seems to be interested in discussing this topic with me.

As a youth, I preferred my cowboy boots to any other shoe. Even in the dead of summer. With my shorts.

I also have a penchant for wearing shirts backwards and would prefer no one mentioning anything about my being shirt backwards.

In the morning, when I have finally managed to get out of bed, I must go directly to the Globe and the Sports section. Even though other family members could really care less about the day-to-day Red Sox stats or Celtics wins/loses my day is not complete without knowing the latest news.

I enjoy vanilla yogurt, milk, apple juice, garlicky chicken, anything with ketchup, only some vegetables but unfortunately I find nearly all fruits repulsive. When I'm sad, a nice bag of potato chips will do nicely. 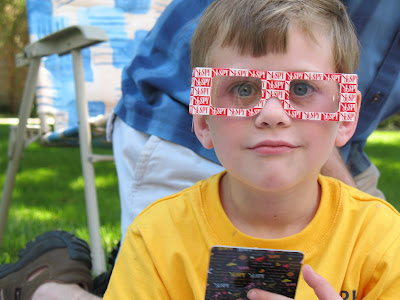 Email ThisBlogThis!Share to TwitterShare to FacebookShare to Pinterest
Posted by Karen @ BonjourBruxelles at 9:17 AM
Labels: Hilarious Commentary