From a Beer-Me-Girl to a Bridesmaid

I have had the good fortune of getting to know some amazing people and holding on to some incredible friendships over the years. People that have known me well over 20 years still keep in touch, go out of their way to get together and ultimately we are able to find some good, common ground even if we live worlds apart. Family we'll always have (for the most part), but friends take a bit more work and effort. And I've been remarkably fortunate to have some dear souls in my life.

One awesome friend, Megan (of beachbungalow8) asked if I would be one of her Bridesmaid in her wedding. I was thrilled and delighted to be a part of this fantastic union of two really fantastic people. "Of course!" I said.

And yet, while I've known Megan since college I couldn't help but go down memory lane a bit and reflect and remember the people we were then and what we've morphed into now. Luckily, as much as I cringe and shrink from horror over the classic 1980's/psuedo Preppy Handbook style I was trying so hard to maintain I still get a kick out of taking a look back. And am ever so more appreciative of having Megan as a friend that knew me from school (even still) and many other friends from 'back in the day'. 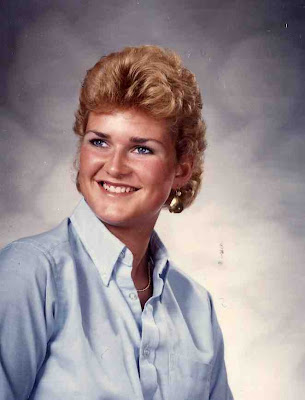 Here's the Beer Me Girl. Circa 1983. University of Kansas. (Beer Me as in, when asking for another beer at the fraternity kegger one might say, for example, "beer me" while shoving the plastic cup in some poor soul's face as opposed to, "may I please have another draft, kind sir?") This is the composite photo for my sorority that I'm no longer a member.
Mmmmmm. Beautiful milk-fed skin. And an ever-so light touch of blue frost around the eyes, strangely shaped eyebrows... and yet, why do I look like I played softball or rugby or something? Full on mullet (but it's worth noting-as if I could possibly explain what I was doing to my hair- that I was really trying accomplish that Duran-Duran look). 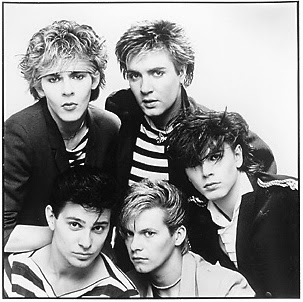 Further, I had this whole gross-overly tough persona. My god, just utterly brutal. Swearing like a sailor, smoking, drink waaaaay too much....and a wardrobe that consisted of mostly LL Bean, Land's End, Laura Ashley and weird hand-me-downs from the Army-Navy Surplus store....and yet.....

And here's another Beer Me Girl photo. With apologies to my 'pledge Grandmother' who's also in the picture. Carol Somebody. This is from a 'cotillion' party we had after pledging said former sorority. I was so proud of my deb-dress with matching clip-on earrings (that hurt like hell) and cat-eye lunettes. Mmmmm. Positively scrumptious. 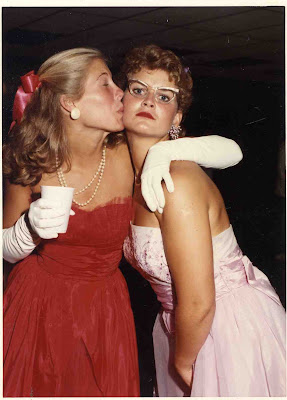 So. Yeah. A little of perspective goes a long way. And thankgawd nearly 25 years later, my friends Megan and Stef and Jenny and Ann and Analisa and Ally and Gretchen and so many of those with whom I lived at Gower Place, Lawrence Kansas are able to forgive or look the other way from what and who we were those college days and have allowed us each to grow and change. For the better (I would hope...although, I dunno, that WASP-y'fro I was sporting is really something for the books).
Email ThisBlogThis!Share to TwitterShare to FacebookShare to Pinterest
Posted by Karen @ BonjourBruxelles at 2:52 PM
Labels: College, Hilarious Commentary

this is so great.i'm DYING. carol erikson. i am now,going to go dig out my scrap book for our weekend.

wait, did you ever notice that you worked the vintage look really well? seriously, wait until you see the shots i have from that 'cotillion' you look really pretty in that vintagey way

You are fabulous! I love this blog, your humor, and witty sense of humor.

You are one tres magnifique lady!

Ok, I am tired and did not read what I wrote before I posted! Forgive the baby brain for repeating myself.

It was not nearly as bad as you are making it out - I was there. You were fabulous.