Today's Brookline TAB food column included an article and recipe that included chicken and Coke. Coke as in cola. As in that high-fructose corn syrup brown stuff.

After swallowing vomit a strong feeling of aversion, I decided to wax nostalgic and take a ride back to those highly nutritional 70's that soda and poultry entrees were born. 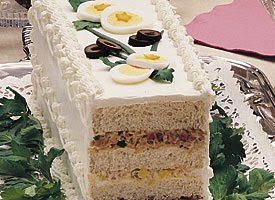 From Betty Crocker, it's a Party Sandwich Loaf - a delightful take on a Dagwood.
That's cream cheese doubling as frosting. Wow. 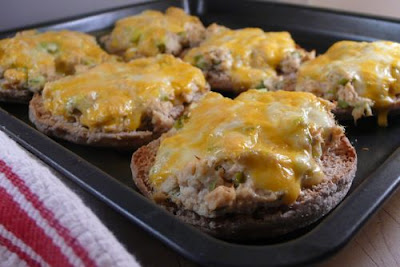 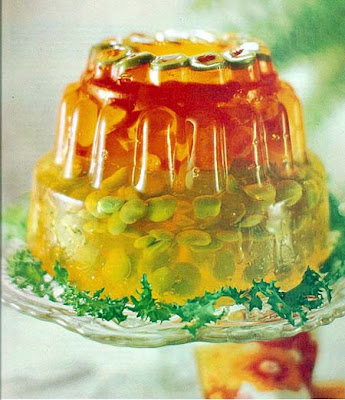 It's so colorful!
Those are lima beans floating in that yellow castle of jello. 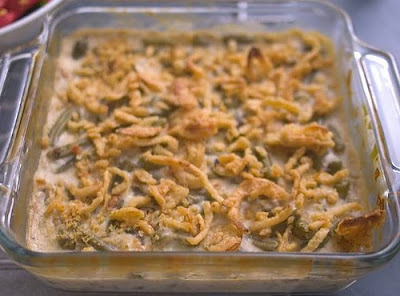 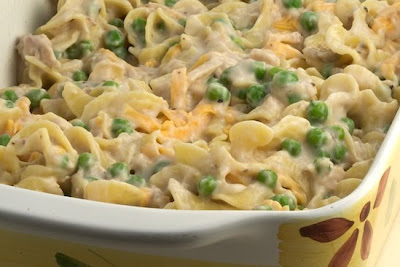 More gooey goodness with tuna and noodles and peas. And goo.
Baked goo. 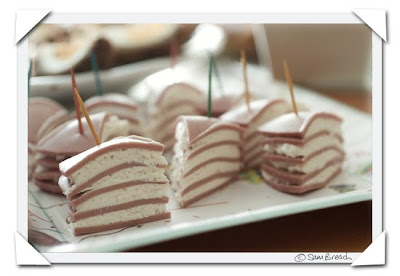 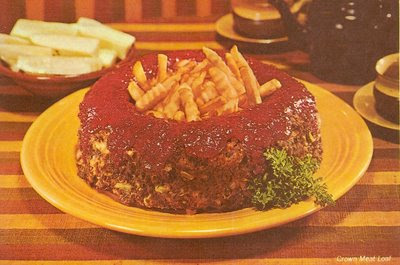 Picturesque molded meatloaf.
Personally, I think I would enjoy patting the raw beef into the mold
the best part of this culinary wonder. 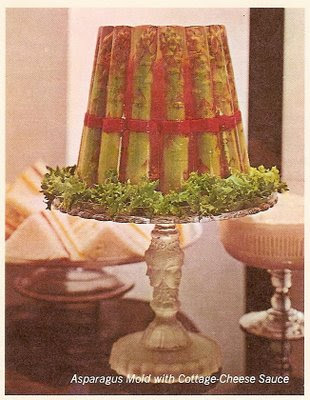 Molded Asparagus. Straight up.
Like, don't walk around the kitchen until it sets.

And here's my letter to the editor:

Count me as a loyal TAB reader. Like many of my fellow Brookline community members, I find the community anecdotes, photos, and event news a weekly treat along with the general local news.

I also understand that the Brookline TAB is owned by the news conglomerate, GateHouse Media. Decisions to include more general articles in the regional papers are probably made in the national office, based in Fairport, NY. However, one might think that the slow and steady death of print media might explain why the paper would include a completely disgusting and outdated recipe in Linda Bassett's "Kitchen Call"? Or maybe it would help explain the demise of print media? Or that GateHouse Media seems to be stuck in 1973?

In the February 11 TAB food column "Kitchen Call" included a recipe that included scallions, mushrooms, chicken....and Coca Cola. I'm sure I'm not the only one that finds that to be a) utterly disgusting, b) offensive given all the evidence of how unhealthy soda is, and c) completely outdated and uncreative. With the endless information on home cuisine, surely one can find a better recipe than "Co'Cola Chicken" that calls for "2 cups of Coca Cola (not diet)".

We know that the author of "Kitchen Call" that is behind this culinary wonder is Linda Bassett, a teacher at North Shore Community College. She writes, "Southern cooks are equally creative in making stews and braises. They use...soda.... The concept isn't so strange when you think about Europeans using wine as a cooking medium." What? Did Linda just equate cooking with wine with cooking with canned sody pop? Really?

Would it be too much to ask the editors to find a more appropriate food contributor? Or, at least someone that can suggest and describe recipes that are updated. And healthy.

Sincerely,
Karen Sutton
Email ThisBlogThis!Share to TwitterShare to FacebookShare to Pinterest
Posted by Karen @ BonjourBruxelles at 10:05 AM
Labels: Brookline, food

That is nasty! I am no longer hungry for lunch as my stomach needs to recover from the slight thought of eating this. YUCK!

That bologna looks so disgusting. It even overshadows the lima beans in jello (????).

mmm, lima beans and lemon jello. Two of my faves combined. Wonder where the mayo as frosting is?


I have several Betty Crocker cookbooks that I bid and won on ebay. I "needed" them because they're unbelievable in copy, general content and photos.

I've heard that cooking with Coca Cola, is an old time, Georgia thing. You need to read, 'My year of meats'

Just because we aren't supposed to be guzzling soda 24-7 doesnt mean we have to ban a little bit of it being used to cook a chicken. I'd hardly equate using a sugary flavored beverage to cook something with asparagus in jello. Get a life lady.

Thanks, though, for my afternoon amusement. Your letter is hilarious.

Your outrage is certainly amusing.

I know! It's crazy! It's almost as if people in different parts of the country do things differently than privileged people in Brookline. The savages!

Speaking of outdated and uncreative... you wrote a letter to the editor of a newspaper.

I can't really comment about the other things, which I have not tried (though I absolutely would if given an chance), but how can you possibly knock Tuna Melts?? Nutrition aside, tuna melts are a solidly delicious and satisfying comfort food, with not a thing disgusting about them. Shameful!

Tuna melts, green been casserole, and (what looks like) either tuna or chicken noodle casserole are really quite delicious.

I really have to agree with Anonymous at 13.27 -- people do cook differently in different parts of the country. Have you tried cooking with Coke? It can be quite good, and I imagine that you'd be surprised at how good that chicken recipe is.

My grandmother-in-law was head of the test kitchen at S.S. Pierce in Brookline back in the day, and one of her best and favorite recipes was for Coca-Cola chocolate cake.

Nigella has a recipe in her Feast book for cooking a ham in coke and a follow up cooking it in Cherry Coke.
One of the favourite recipes of my students is a Coca Cola cake and they requested it return as a repeat recipe after 4 years and hundreds of recipes. Sure it isn't common, it also isn't something you would eat every day. I never drink soda, but I certainly don't object if someone wishes to try a recipe with some in it.
Food writers and recipe geeks sometimes enjoy finding unusual recipes or recipes that hark back to an older way of cooking. Taint nothing wrong with that.
I bet there was a goodly amount of Velveeta and other terrifying things like meatballs cooked in grape jelly eaten Super Bowl Sunday. To each his own.