I'm choosing to share it with you because I find it a very moving, hauntingly beautiful song. 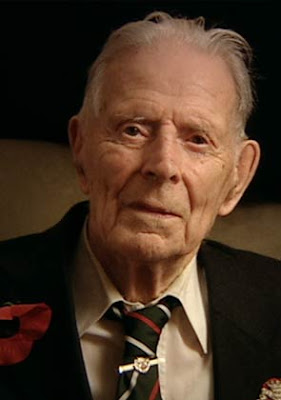 From Thom:
"Recently the last remaining UK veteran of the 1st world war Harry Patch died at the age of 111. I had heard a very emotional interview with him a few years ago on the Today program on Radio4. The way he talked about war had a profound effect on me. It became the inspiration for a song that we happened to record a few weeks before his death. It was done live in an abbey. The strings were arranged by Jonny. I very much hope the song does justice to his memory as the last survivor.

It would be very easy for our generation to forget the true horror of war, without the likes of Harry to remind us.
I hope we do not forget.

As Harry himself said
"Irrespective of the uniforms we wore, we were all victims".

This morning the Today program played the song for the first time and now it is available to download from our website.

The proceeds of this song will go to the British Legion.

To peace and understanding.
Thom"
Email ThisBlogThis!Share to TwitterShare to FacebookShare to Pinterest
Posted by Karen @ BonjourBruxelles at 4:11 PM
Labels: Hilarious Commentary