The Crimson and Blue

I'm definitely guilty of being a 'fair weather' fan more than anything.

Sure, I jumped on the Red Sox band wagon last October when they won the World Series. I like to see a good tennis match.....and I'll follow the Olympics in Beijing.

So, when the whole NCAA Men's Basketball March Madness sweeps the nation every year I tend to ignore, unless my Alma mater is favored. 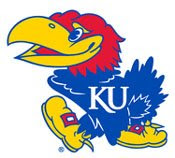 But, I can never actually watch a basketball game simply because my mom and I have this deeply rooted belief and superstition that whenever we watch KU Men's basketball play they will most definitely lose the game.

I did watch the beginning when all the players were announced.

I learned that KU has a kid from Anchorage, Alaska and a kid from New York City, NY.

I saw the team mascot jump around and felt a little nostalgic..... 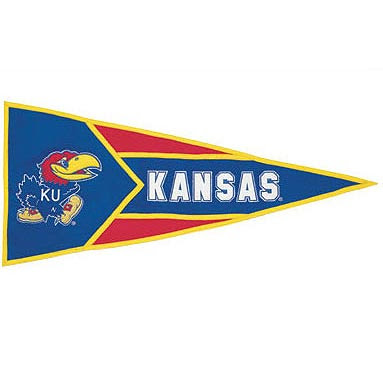 Even my kids noticed the headlines on the Sports section....little, budding sports fanatics that they are....and never have I wanted to send them both to school donned in some KU t-shirt, ball-cap or sweater but since we don't own any I painted their faces instead.
Email ThisBlogThis!Share to TwitterShare to FacebookShare to Pinterest
Posted by Karen @ BonjourBruxelles at 10:46 AM
Labels: Hilarious Commentary