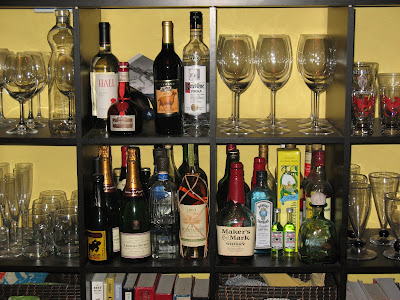 Absinthe, or this bastardization of the crazy absinthe of yore, is making a come back. Scott brought back a couple of small bottles from some past trip to Europa a while back. They sit quietly on our monster liquor shelving unit, adjacent to the Maker's Mark.

While I'm not entirely interested in the taste....I'm thinking it's a lot like Pastis or Orzo or Sambuca (in that licorice-y, bitter, tongue-sucking family).....I do love all the hype and vintage stuff you see everywhere. So Parisienne circa 1920s.


First, a little history on the la fee' verte :

Art and the influence of absinthe

It has been labeled as mind altering, and even been the blame of murder back in 1905. It’s a strong liquor and some even label it as a dangerous drug. It’s called Absinthe, the Green Fairy. 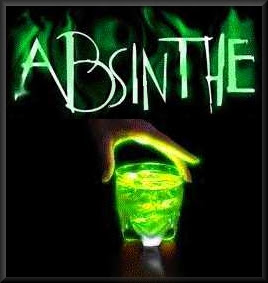 Absinthe started out as a medicinal tonic invented by Dr. Pierre Ordinaire to administer to his patients. The concoction was made by distilling alcohol similar to moonshine in a plethora of herbs. Some of the herbs commonly used were anise, fennel, Angelica, Hyssop, Licorice, and peppermint, but the most notorious of them all was the grand wormwood. Wormwood was the herb that caused Absinthe it’s biggest controversy due to the thujone content. Thujone is a terpene found in wormwood and is blamed for absinthe’s secondary effects, which were hallucinations, convulsions and madness. All unfounded might I add.

Absinthe has a very sordid history due to the prohibitionists of France during the 1800’s. It also has a huge presence in art over the years. Many of the artists, poets and writers living or visiting Paris and living in London in the late 1800’s were absinthe drinkers. With a over 21,000,000 liters annual consumption, absinthe was a very popular drink among the aristocrats down to the poorest working man.

Some people claimed that Absinthe Liquor was an aphrodisiac, Ernest Christopher Dowson claimed in his writings that “Absinthe makes the tart grow fonder”. To some artists of the period, hallucinations caused by the Green Fairy claimed to be mind stimulating and essential to produce the works of art they created.

Two of the most famous paintings with Absinthe Alcohol being the subject matter is “At the cafe by Paul Gauguin and “The Absinthe Drinker” by Pablo Picasso. Both of the paintings were similar and featured a blue seltzer water siphon near glasses of absinthe.

Other notable artists associated with Absinthe liquor: Ernest Hemingway was probably one of the most recent artists who partook of Absinthe Green Fairy. Hemingway drank absinthe way after it was banned in most parts of the world. Some works he did that mentioned of Absinthe was Death In The Afternoon and For Whom The Bell Tolls. 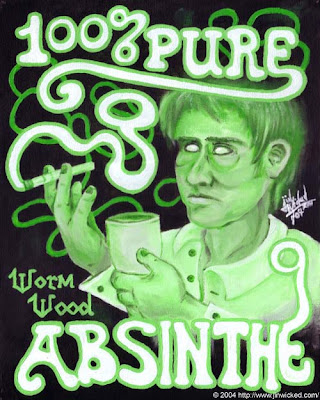 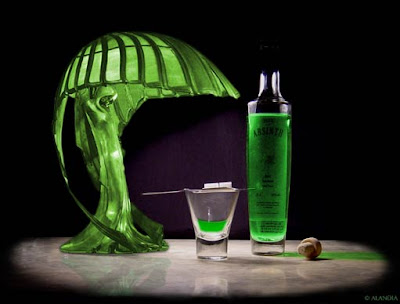 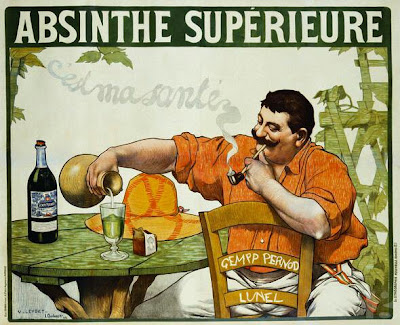 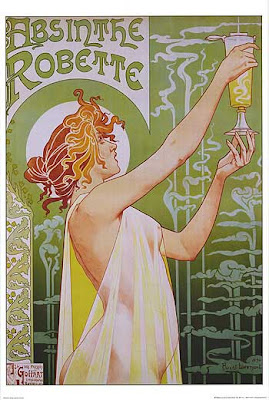 Email ThisBlogThis!Share to TwitterShare to FacebookShare to Pinterest
Posted by Karen @ BonjourBruxelles at 9:57 AM
Labels: cocktails, entertaining, food