Just. Couldn't. Resist. Our return had too many tales of hilarity (and woe) to pass up. 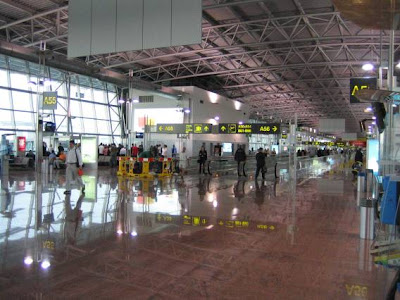 First off, Brussels International Airport is like heaven compared to our warm friends to the south. Their Terminal B is a mall of glorious, spacious, delightful boutiques. All shiny and cosmo. Every Belgian and Duty free purchase available. We scored more than we needed on our exit. Me, with the never-seen-before black mustards (I dunno, thought they were cool) and lavender salt mills. Scott with this just-in-case chocolate and extra beer, Maia with her Calvin and Hobbes (in English) score and Colby with his Rubik's cube. No, I'm kidding. He got a miniature airport set-up. For his tray table on the airplane. And his imagination. It was peaceful and quiet and calm. We were there 3 hours before our departure and none too soon as we witnessed the hordes of folks arriving behind us. No lines for us....flew through the passport thingy, security...with the wave of hundreds just behind. 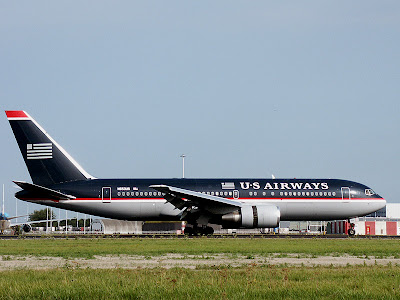 And then we got to our gate. And we board our plane. We flew US Airways, unfortunately, the Wal~mart of airlines. Cheap, but nice. Tired and haggard, but with a (somewhat creepy) smile. All four of us wedged. I love feeling like cattle. The kids were absolute troopers. Colby kept up with this sentimental "Bye Brus-Brus, bye Belgian airport, bye Belgian bathroom, bye Belgian chair/door/floor/bug" while Maia was content with her Calvin and Hobbes books.
And we flew to Philadelphia for our connection to Boston. 8 hour flight-due to head winds or tail winds or side winds. It was just long. With one movie and one meal- to steamy Philly. Just a quick observation: The airport of the City of Brotherlove, is waaaay over due for some updates. Little or no AC. Huge fans blowing hot air everywhere. And hot air + lots of folks doesn't really make for pleasant travels. Rabbit warren-like terminals. No loud speakers (as in electronic) just lots of yelling-out with directions, "PLEASE keep your passports ready. All boarding passes must be with each passport. Did you hear what I said??!! All Passports...." All the while, Scott and I are like drug-smugglers eyeing the dogs and Customs control since we had loads of contraband (olive oil, beer, 'imported' liquids galore) in our luggage. It wasn't terrible but it was a bit tough when we're all still on Belgium-time (11:00pm). Kids lost their trooper-ness and time-outs were frequent.
(I love giving a time-out to a kid when you're standing in a hot line of cranky people. And I love the feeling of a whole lot of faces in your face when you're trying to discipline your kid. I can so see why candy and bribery may work for some).
Colby and his long-overdue-to-be-trimmed fingernails gave Maia a nice scratch on her face. You may have heard Maia's wailing in Boston? And what's loads of fun is when the kids are exhausted they go to bathroom humor. And they do the fake-out swear word thing, like saying words that rhyme with those-that-are-not-permitted. 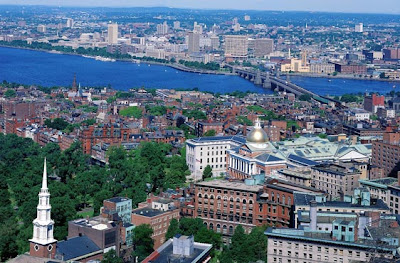 And yet, we arrive into Boston safe and sound, 1:30am Belgian time. Kids didn't sleep a wink (due to the fact that they had that way-over-tired-hyper thing going). Collected all but one bag at baggage claim, which came as no surprise. Call me crazy, but there is definitely something up with lost or delayed luggage these days. Especially when we were exceedingly early to every connection. So, all my precious stuff is in limbo somewhere between here and Philly. Burn-out hair, here I come.

And Scott and I realized that without really 6 weeks of television we had some major HBO catching up to do (Flight of Conchords, Big Love) and Daily Show re-runs. We could go back to just zoning out in front of the black box, never saying a word to each other, if we wanted. But those 6 weeks actually meant connecting, discussing, chillin' with the chilins'.
I think there's a lesson there somewhere.
Email ThisBlogThis!Share to TwitterShare to FacebookShare to Pinterest
Posted by Karen @ BonjourBruxelles at 6:57 AM
Labels: Brussels, travel

I am so glad you are back, Chad and I missed having you guys around. We are going to want to hear all about your fabulous adventure, when you are all rested!

PS. your blog is my guilty pleasure. I hope you keep it up, your humor is the best!

Ah, thanks Jaime. It's great to be home. Hopefully the thunderous foot steps over your heads won't be too loud. At least Colby's moved on from his cowboy boots.

Must catch up-over Belgian beer and snacks! Should set a date.