Eat to live or live to eat.....that is the Belgian Question

While we've had some mighty fine food in the US and some unbelievable wine, Scott and I have this penchant for local cuisine when we travel. Obsessively so. Like the whole discovery of when you go into a simple market. The packaging alone is a whole other world. I was going to take all sorts of photos of how the food is displayed in our local- what would be considered a convenience store back home-market but that might be too much. I can tell you, however, that the produce is remarkable. The tomatoes are so edible one could possibly eat them like apples, the artichokes are the size of grapefruit and green beans are crisp as can be. 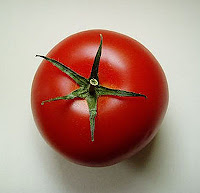 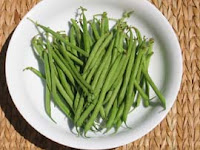 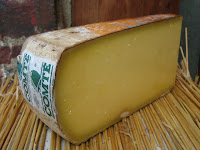 and then...of course, the bread that's incredible....baguettes, croissants....not too mention the local butter that's from some magical herd of cows. Or maybe it's the lack of preservatives in everything that's made this a orgasmic taste sensation. 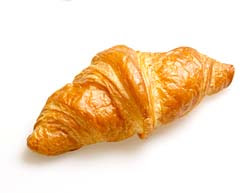 and we've also done some investigating on the wine, which, by the way, averages 4 to 6 euros (6 to 8 US dollars). Word on the street that one of the best bottles to buy is this Rose' from Tavel at 6 euros. And anything from 2003, when there was the record heat wave which apparently made for outstanding wine (I really know next to nothing of wine so forgive the philistine references on this stuff). 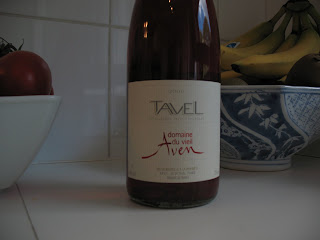 Then again, when it's all said and done, at the end of the day, a simple beer (or two) will do me just fine. 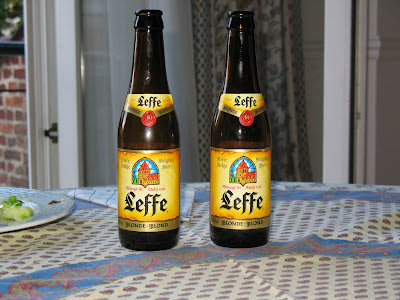 Ah, I'm drooling. Try and find St. Nectaire cheese, one of our favs. I can attest to 2003 being oven like as I was panting around the apartment sans air conditioning pregnant with Jack. FYI this is also the year that loads of French senior citizens died in their apartments because of the heat and their younger family members away on vacation. Just a little insider info for you:) Thanks for this blog, I'm really enjoying it and wish you all the BEST ADVENTURE!!!
Kathy Ausnehmer

Oh Kathy! I'm psyched you've found the time to take a peak now and then. We think of you guys often. And we're off to Paris this weekend for a couple of days. Will try to keep it simple due to the kid factor but will certainly keep you (and this blog) posted.

Lots of love to Jeff and the kidlets,
k.

I will NOT forgive the philistine references to wine.

Ah, please forgive, Cookie. I just wish I had more time to know more about what I consume nearly every night.
:)

However, Cookie, I do have a friend by the name of Ted Burns and Ted knows wine like, like the back of his hand. He's stellar at power-point presentations, too.