Did someone say, "Atomium?"

This past Sunday we went to what many Belgian guidebooks refer to as the greatest mid-20th century structure ever built (and compared to Rome's Colosseum and the Eiffel Tower in Paris). Not entirely sure that I agree with that superlative but it was sorta cool. It's called the Atomium. A structure that was built for the 1958 World's Fair & Expo that was held in Brussels. It's maybe 35 stories high and represents an atom. Each of the spheres are maybe 50'x50' rooms, either a snack bar, exhibit or weird pseudo-space age sitting areas. The kids thought it was all very TinTin, with which I agreed, since I love that mid-century stuff. Here's a website, should you want more info. http://www.atomium.be/ 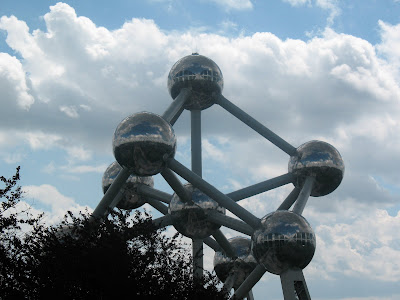 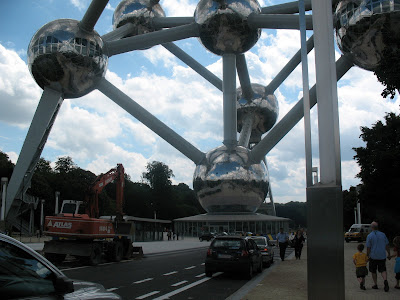 Email ThisBlogThis!Share to TwitterShare to FacebookShare to Pinterest
Posted by Karen @ BonjourBruxelles at 9:53 AM

more family...and could scooter helm the cam once in awhile?